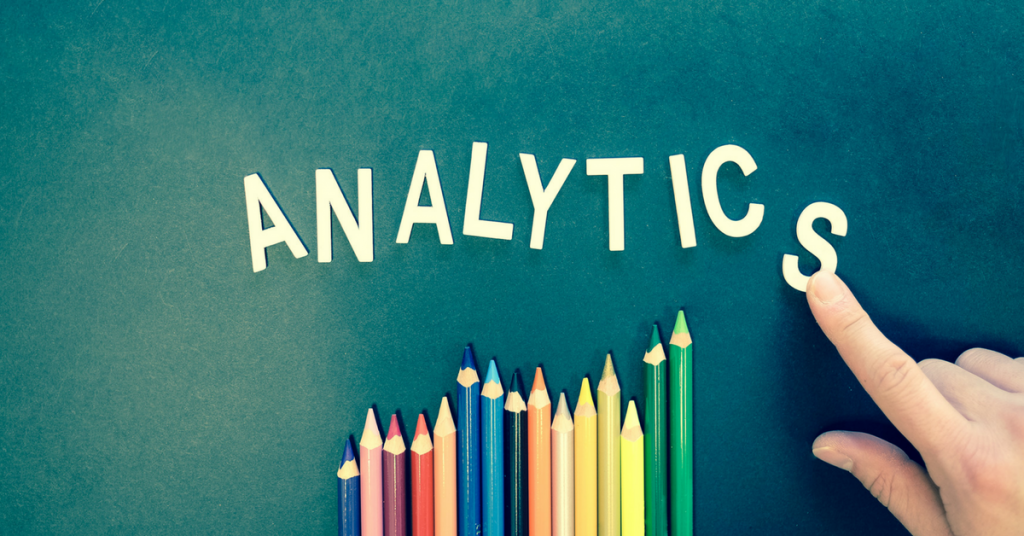 The first online ad ever came out in September, 1994 on Hotwired, and ever since then ad agencies have been devising ways to find new ways to reap off of this great medium. In the last 12 years, online advertising has been such a huge part of our lives.

Let’s look at the timeline for the history of online advertising:

Cut to today when we have thousands of online ads, which each company creating individual consumer profile dedicated to each person online. Let’s take a brief look at how advertising online works today:

May display separately from a web page’s primary content, or they can be embedded by hyperlinking individual words or phrases to advertiser’s websites. Text ads may also be delivered through email marketing or text message marketing. They often render faster than graphical ads and can be harder for ad-blocking software to block.

Is commercial promotion conducted through social media websites. Many companies promote their products by posting frequent updates and providing special offers through their social media profiles.

Is any marketing that involves the creation and sharing of media and publishing content in order to acquire and retain customers. This information can be presented in a variety of formats, including blogs, news, video, white papers, e-books, infographics, case studies, how-to guides, and more.

Means advertisers pay each time a user clicks on the ad. CPC advertising works well when advertisers want visitors on their sites, but it’s a less accurate measurement for advertisers looking to build brand awareness. CPC’s market share has grown each year since its introduction, eclipsing CPM to dominate two-thirds of all online advertising compensation methods.

On your Facebook or Twitter feed always happen to feature something that you are interested in Today, we have companies that follow your every movement on the internet. They look into your interests and sites you navigate to create a very organized profile containing all your likes, dislikes, opinions and whatever you have kept public on your social media. They display only the ads they think you will be interested in and will most likely click on. Evolution of social media and online advertising has come to an amazing period, where for any business to flourish, regardless of whether they are big or small, need social media, and online advertising. Thorough knowledge are the very first steps to success.

Considering that most marketing involves some form of published media, it is almost (though not entirely) redundant to call ‘content marketing’ anything other than simply ‘marketing’. There are, of course, other forms of marketing (in-person marketing, telephone-based marketing, word of mouth marketing, etc.) where the label is more useful for identifying the type of marketing. However, even these are usually merely presenting content that they are marketing as information in a way that is different from traditional print, radio, TV, film, email, or web media.

ShareTweet
Related Topics:advertisingmarketing
Up Next

Engineer Your Life Around Your Craft

We all need a service that makes business easier, right? Managing your team, your finances, your documents, and your customers can be an arduous juggle. There are a few services out there that help businesses manage all of this. But have you heard of OpenStudio? No? Well, allow us to make a proper introduction.

OpenStudio helps you centralize all the applications and services you may need in order to run a business.

Some of the top features offered by OpenStudio are necessary in order to run a business but haven’t necessarily been rolled into one package. Things like IT Protocol/Document Management create a shared workspace to save your important documents for future consultation.

Or perhaps you may find the Permissions and Authorization Management feature useful. You can decide which permissions and applications every member can access.

There are other similar services, but none of them are as neatly packaged and formatted as OpenStudio. Running a business doesn’t have to be complicated. All you need should be at your fingertips. A custom environment to manage your team, your finance, your documents, and your customers? Sign us up.

If you could describe Archbee in two words they would be: “documentation specialist.”

Founded in 2018 with $1 million in funding. Archbee is a knowledge base platform for technical teams to create, structure, and share documentation internally and to customers.

The software provides a set of customized tools for software developers. This enables everyone in the business to organize key information and intelligence in a single hub. That’s a benefit of colleagues and customers, both present and future.

In an interview with Forbes, founder and CEO of Archbee, Dragos Bulugean stated:

“We are talking about the knowledge that makes your business what it is. Archbee is meant to be the one-stop-shop for the documentation needs of software companies.”

“Businesses are in a rush to create products, launch them faster, and be the first to market. An important part of creating a product is its catalog or index – in essence, the ‘how to’ guide.’”

“It is this often neglected task that Archbee is making it easier to create. It is not just a product manul but a central knowledge base and the true front of knowledge which is making an impact on commercial metrics – helping improve onboarding time for customers, reducing the number of support tickets and, importantly, making the products understood by users.”

“We’re focused on helping any company that builds software to create collaborative spaces which are accessible to all and easy to use.”

When you have a software as innovative as Archbee, it frees time up for developers and engineers. That way they’re able to spend more time in “deep-work” mode and solve more challenging problems that require full attention.

In short, with Archbee, you can centralize all of your information in one place. 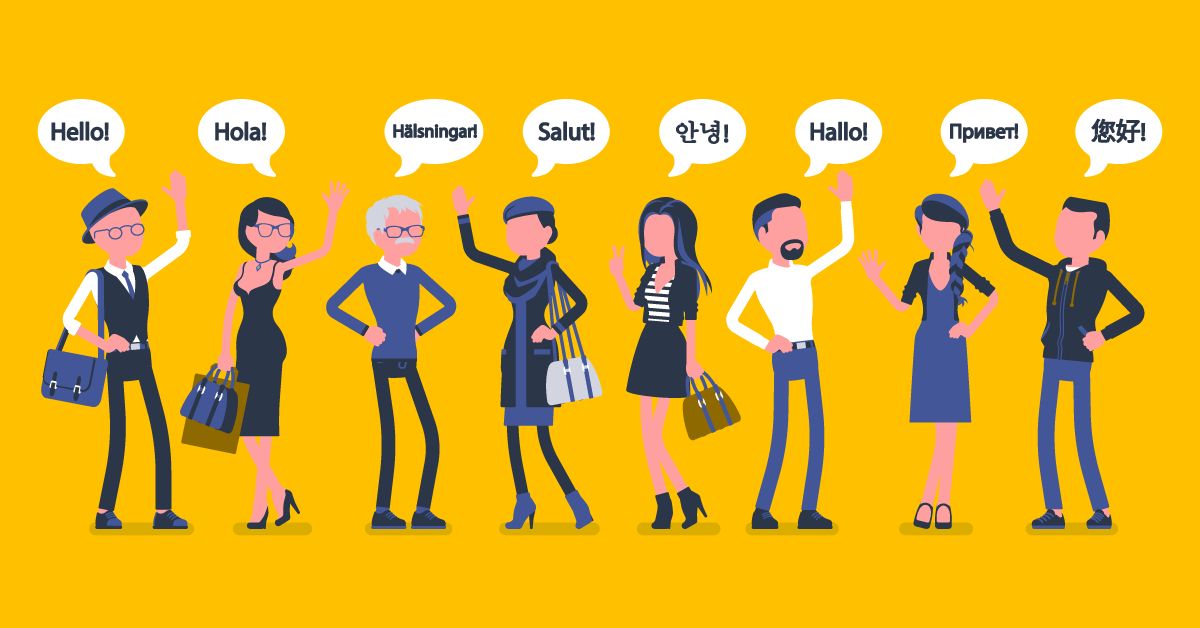 “One of the things that had kind of caught my attention was that psychology around how we learn languages.”

Ben Whatley, Co-Founder and CPO of Memrise, learned French the way most of us learn a second language. We’re given the rules of the language, the grammar, how to speak properly. But there’s a flaw in that approach.

“I would go to France and I couldn’t speak a word. I wanted to understand why that was.

“That was a light bulb moment.”

Whenever you’re learning a language, you may often hear that the best way to learn is to immerse yourself in it. If you’re learning Spanish, spend a month in Mexico City. If you’re learning Japanese, take a trip to Tokyo. And so on. The grammatical approach to learning language has its value, but it’s the colloquial experience that truly helps imprint

Whatley and fellow Oxford classmate, Ed Cooke, founded Memrise in 2010. Cooke, a Grand Master of Memory, had combined his skills with Whatley’s observations and ideas. They conceived of a new method of language learning. One more in line with immersion than grammar.

“We’ve been gradually and daringly evolving the product to bring more and more of the richness of real-world content into the course of our ongoing experience.”

“In 2016, we did a tour around Europe on a double-decker bus to collect a video dictionary of all the European languages.

“Tens of thousands of short videos of native speakers [speaking] in context.”

While other language learning apps like Duolingo or Babbel have computerized voices, Memrise has actual recorded voices.

“That kind of got baked into our core algorithm – namely naturalistic accents, idioms, phrases as they’re spoken in the real world, not sort of in the kind of academic sense, but a kind of multi-dimensional learning.” – Cooke

Speaking Spanish to your teacher versus speaking to a coworker is notably different. Your teacher will have you say “poco” to mean “little” when your coworker will make fun of you for sounding too proper. Memrise would teach you that “poquito” is the casual way to say “little.”

Memrise is disrupting the academic dominance of language learning by focusing more on practice than technique. How many native English speakers do you know that speak perfectly grammatical English?

Let’s take “you all.” In the south, you’ll here “ya’ll.” But in Pittsburgh, you’ll hear “yinz.” Do you think ESL teachers are noting things like that? Probably not. Memrise, however, does focus on this more casual ways of speaking because they have a stronger understanding of how the human brain functions and how we communicate with one another.

One interesting feature you’ll find with Memrise but not any other language learning app are Zoom conversations. These are free rooms where you can hop in and speak, say, Spanish with other people. Instead of traveling to Mexico City to immerse yourself in the Spanish language, you can log into Zoom and speak it with other speakers.

“It’s live person to person – it’s not a lesson. It is just about trying to use whatever language skills you’ve got in your in your bag. Just try and get it out there and use it, because that’s what happens when you are actually in a country.” – Whatley

“The aspiration is to make it as fun as being in the country.” – Cooke

It’s never too late to learn a language. The pleasure of learning and speaking a new language is immeasurably rewarding. As Memrise says on their site, “learn and language and meet the word.”