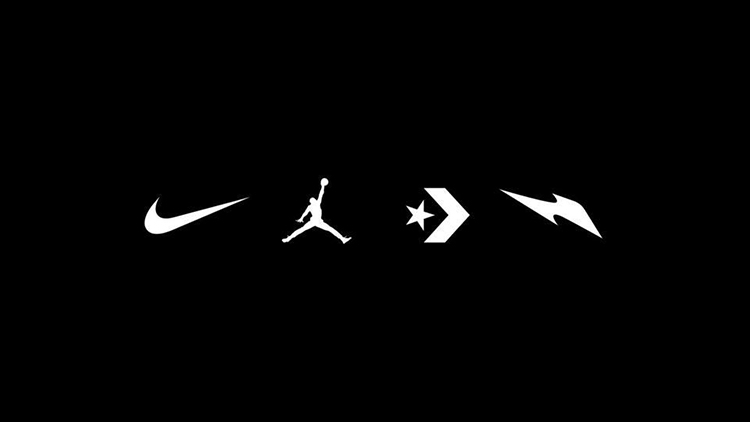 Earlier this month, Nike acquired RTFKT in a business move that has everybody chatting. RTFKT (pronounced “artifact” because they’re, like, super cool) is, according to their site, a “very eclectic, creator-led organization,” a “leading brand that leverages cutting edge innovation to deliver next generation collectibles that merge culture and gaming.”

Because NFTs are trendy. And Nike has the budget and resources.

RTFKT is one of the biggest companies in the NFT space. Founded in 2020 by Benoit Pagotto, Chris Le, and Steven Vasilev, RTFKT is “a pioneering and innovative brand that redefines the boundaries of physical and digital value to serve their broad community of creators.”

They make NFTs, they’re popular, and people will pay a lot of money for their work.

It’s not clear whether NFTs are of actual value, despite a few selling for millions upon millions. Why would anyone want to pay an exorbitant amount of money for a digital asset?

In short, to flex on your friends.

“This is a unique opportunity to build the RTFKT brand and we are excited to benefit from Nike’s foundational strength and expertise to build the communities we love.

“Nike is the only brand in the world that shares the deep passion we all have for innovation, creativity, and community, and we’re excited to grow our brand which was fully formed in the metaverse.” – Benoit Pagotto, co-founder of RTFKT.

As the metaverse emerges, so will digital assets. Do you want to wear those janky virtual sneakers when you log into Meta? Or do you want the sick RTFKT sneakers that make your avatar look fly?

What Are You Going To Do With Digital Shoes?

Nike is one of the world’s most successful brands. It’s no wonder a new company like RTFKT would want to collaborate with them. They’d be foolish not to. With Nike, RTFKT can distribute their brand globally. And that’s beautiful for their bottom line.

But why would Nike want in on this? In short, it’s good business. Because Nike acquired one of the largest companies in NFTs, they get a head start on the latest trend and reap all the benefits.

“This acquisition is another step that accelerates Nike’s digital transformation and allows us to serve athletes and creators at the intersection of sport, creativity, gaming, and culture.

“We’re acquiring a very talented team of creators with an authentic and connected brand. Our plan is to invest in the RTFKT brand, serve, and grow their innovative and creative community and extend Nike’s digital footprint and capabilities.” – John Donahue, President and CEO of Nike.

If RTFKT fails, and the whole NFT trend with it, Nike will be just fine.

60
SHARES
ShareTweet
Related Topics:
Up Next

Seoul, Korea: The First Major City to Join the Metaverse 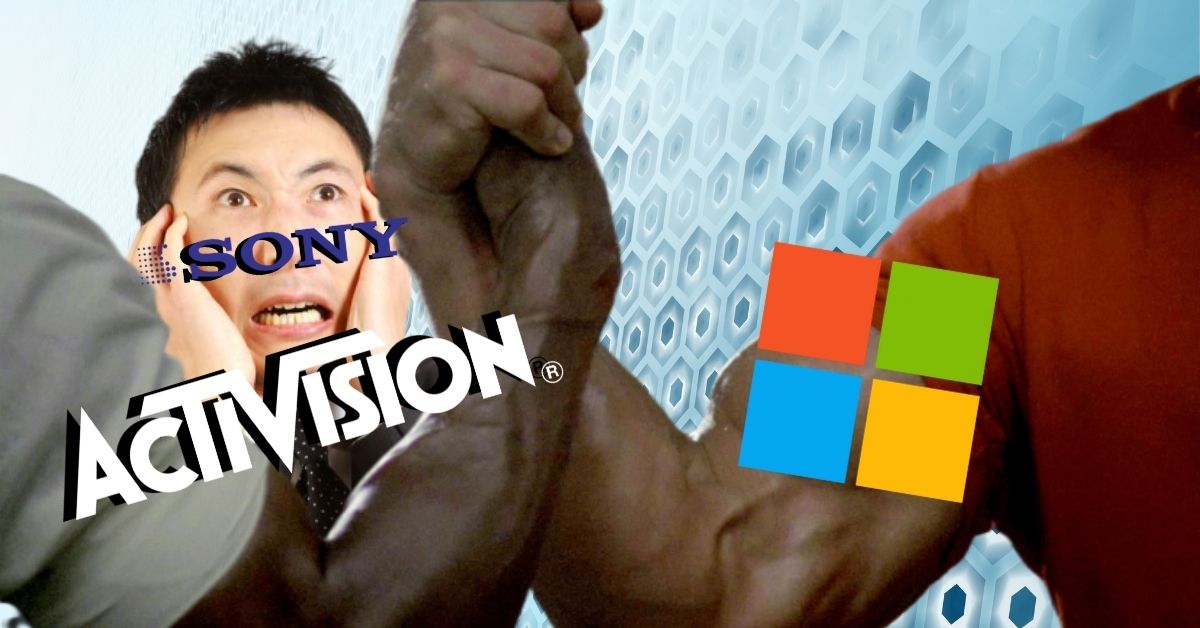 Sony shares fell by more than after a Microsoft-Activision deal was announced.

“There is no doubt that this deal weakens Sony’s position in the market.”

“Whether or not Activison Blizzard’s content is progressively made exclusive to Xbox platforms and services, inclusion of new releases into Xbox Game Pass for several major games franchises, including Call of Duty, will undermine Sony’s third-party business.”

“Sony has benefitted from the ability to negotiate timed exclusive content for Call of Duty but this is now under threat.”

Did The Market Overreact?

“I think the market has totally overreacted in Japan today.”

“Sony will continue to push out blockbusters, there can be no doubt about that.”

Those PlayStation exclusives are pretty sweet. Spider-Man, The Last Of Us, Ghost of Tsushima? Come on now.

“Sony can, of course, fight back: they still have their own top in-house studios spread around the world, PlayStation remains a powerful brand in gaming, and acquisitions are in the cards for Sony as well.”

PlayStation isn’t going down without a fight.

For some time, Sony has been ahead of Microsoft. But the $68.7 billion Microsoft-Activision deal raises the stakes the highest they’ve been since the Black Friday Battle of 2013. Franchises like Call of Duty and World of Warcraft could become exclusive.

How will Sony respond? We shall see what happens next in the seemingly never-ending console wars.

Silicon Valley Blue-Collar Workers Hope To Return To Their Posts 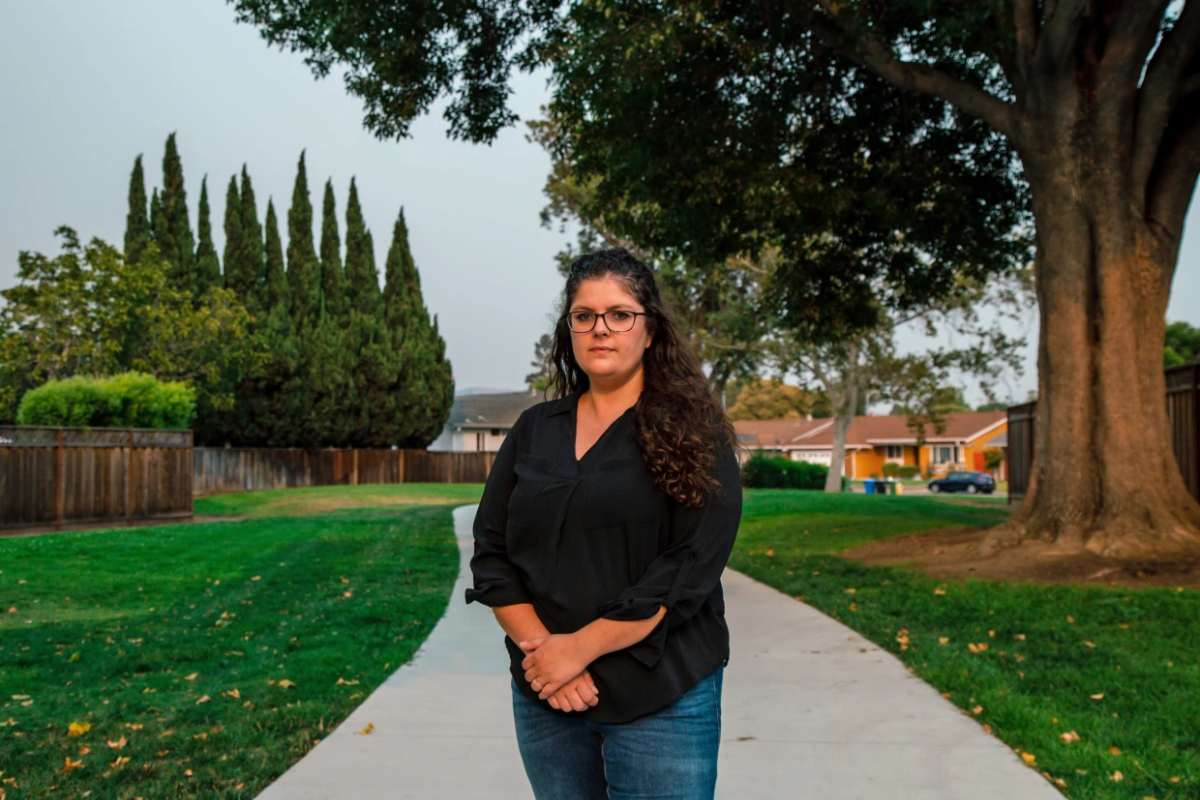 Despite the economic disruption experienced due to the COVID-19 outbreak, businesses tried their best to ensure business continuity. Big tech companies were the first to allow their white-collar employees to work from home when the pandemic hit. However, not everyone can work remotely, like in the case of service workers.

Madeleine Rivera, 33, is a contractual food service worker at Google’s campus. Rivera is holding on to the slightest signs that workers will return to the company in the future. Recently, she handed out free peach ice pops to Google employees who have returned to work already. She’s trying not to overthink about the rising COVID cases in the country. According to her, being optimistic and happy matters.

As the Delta variant enters a new troubling phase, more tech companies like Lyft and Facebook delay re-opening their workplaces early next year. Because of this, the companies’ contracted cafeteria workers, cleaners, and shuttle drivers are becoming more anxious.

Most Silicon Valley blue-collar workers are not sure whether the Delta variant will delay their returns even longer or, worse, risk their jobs entirely if in-office work becomes less significant than it was before. As many white-collar employees have settled into work from home, blue-collar workers are struggling even more because of the unpredictable situation.

“My kids don’t want me to go back to work, but I said I have to do it,” said Liliana Morales, 37, a food service staff at Facebook. Morales recently returned to work after having been on paid vacation since the pandemic started. Everyone needs to go back to their everyday routines, and it has been months that she has been out of work, Morales said.

While some Silicon Valley blue-collar workers are in better condition, they still have the same concerns as many fellow workers across the country. UCLA Labor Center director, Kent Wong, co-authored a book about the late Mike Garcia, a janitorial labor organizer who led strikes at Oracle and Apple. Wong said that because Morales and Rivera are members of a labor union, they are likely to be doing better than their non-union member counterparts.

Previously, on a website Amazon created this year to convince workers in Alabama to vote against unionization, the company announced that they provided them with excellent hourly rates, attractive healthcare benefits, and career advancement. There is so much more than the workers can do with their career and family without paying premiums, Amazon said.

But Wong said all blue-collar workers face problems, whether or not they have union membership. The bottom line is, they are still very vulnerable.

In interviews, Silicon Valley blue-collar workers said that big tech companies primarily supported them throughout the pandemic. Others said the companies tried to find them other jobs when their original work was gone. Take, for example, the experience of Rivera, a former kitchen staff across Google’s campus in Mountain View, California. She was temporarily assigned to work as a receptionist in almost empty office buildings.

Some companies like Google are already starting to upgrade their headquarters. It’s to return to a sense of normalcy in Santa Clara County, the geographic heart of Silicon Valley.

Facebook is starting to recall their contractors. On the other hand, drivers are being asked to do training and practice driving empty buses, said Stacy Murphy, the representative for Teamsters Local 853 – the union of some Silicon Valley bus and shuttle drivers.

Murphy believed that it had been a mixed bag for Silicon Valley firms needing shuttle drivers. Facebook continues to let its drivers make practice trips. While, Netflix and Amazon have been back to 100% capacity since June 2021. Tesla even expanded their service during the pandemic. On the contrary, Apple, LinkedIn, Twitter, and Salesforce never returned. 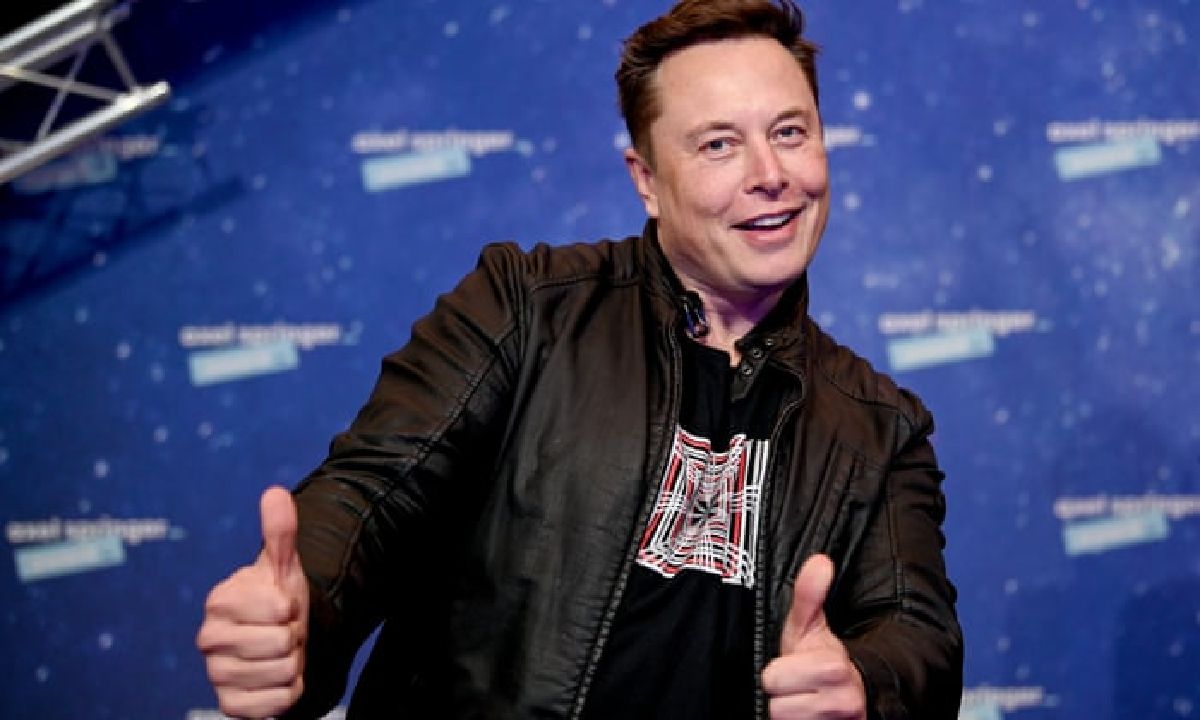 Apparently, Tesla is not busy creating electric cars and self-driving cars with enough waitlists for new customers. Or, anyone might be wondering where the Cybertruck is? CEO Elon Musk has announced a new baby: Tesla Bot.

Elon Musk Tesla robot will probably be unveiled this year. It would be a humanoid robot dubbed as “Tesla Bot,” designed to perform tedious, repetitious, and dangerous work, Musk said.

The billionaire CEO of Tesla disclosed the robot would be about 5 feet 8 inches (1.7 meters) tall and weigh 125 pounds (56 kilograms). In addition, the robot would be able to handle tasks such as attaching bolts to cars using a spanner or picking groceries at the supermarket.

Speaking at Tesla’s AI Day activity, the CEO said the robot could have “great implications for the economy” by addressing the gaps in the workforce due to labor shortages. He said the new machine need not be that expensive. The Elon Musk Tesla robot is described as an extension of the company’s work on self-driving cars. Similarly, the robot will use the same computer chip and navigation system with eight cameras.

Companies into robotics, such as Boston Dynamics, have produced bipedal robots. But the bulky, heavy machines they have demonstrated bear little similarity to the slim designs of the Elon Musk Tesla robot.

The robot’s first appearance came after a 90-minute PowerPoint presentation about the artificial intelligence upgrades on Tesla’s electric vehicles. The presentation also includes the Dojo supercomputer, a device that helps train cars to navigate city streets without a driver. That’s when Musk said that it makes sense to have a humanoid robot.

Three slides showed Elon Musk Tesla robot specifications, and Musk pointed out that it is possible to outrun the Tesla Bot or overpower it. He has been questioning the use of robots as weapons in the past and warned about the risks artificial intelligence may cause. He also called it the most significant risk society is facing today.

Fears About AI in the Future

During the question and answer session after the presentation, Musk reiterated that we should be worried about AI. He clarified that Tesla makes useful AI that people love and is explicitly good. One slide showed that Tesla Bot would eliminate dangerous, repetitive, and monotonous tasks. Musk provided an example, suggesting that the Tesla robot could “go to the store and get groceries”. It may not be dangerous, but people might find it repetitive and boring. However, Musk did not reveal the concrete progress of building a humanoid robot.

Companies building robotics, such as former Google subsidiary Boston Dynamics, have produced bipedal robots. But the bulky and heavy machines they have demonstrated bear little resemblance to the slim designs of the Elon Musk Tesla robot.

Elon Musk is famous for his bold statements about the future, jamming a little on how he envisions his Tesla Bot transforming the future of work, too. He said that, in the future, physical work would still be a personal choice. He added that it is possible if you want to do it, but you won’t need to do it. For him, it is difficult to predict the future. However, this is a vast difference between discussing a few PowerPoint slides and delivering the actual and functioning humanoid robot. Musk assured the public that a prototype would likely be available this year.