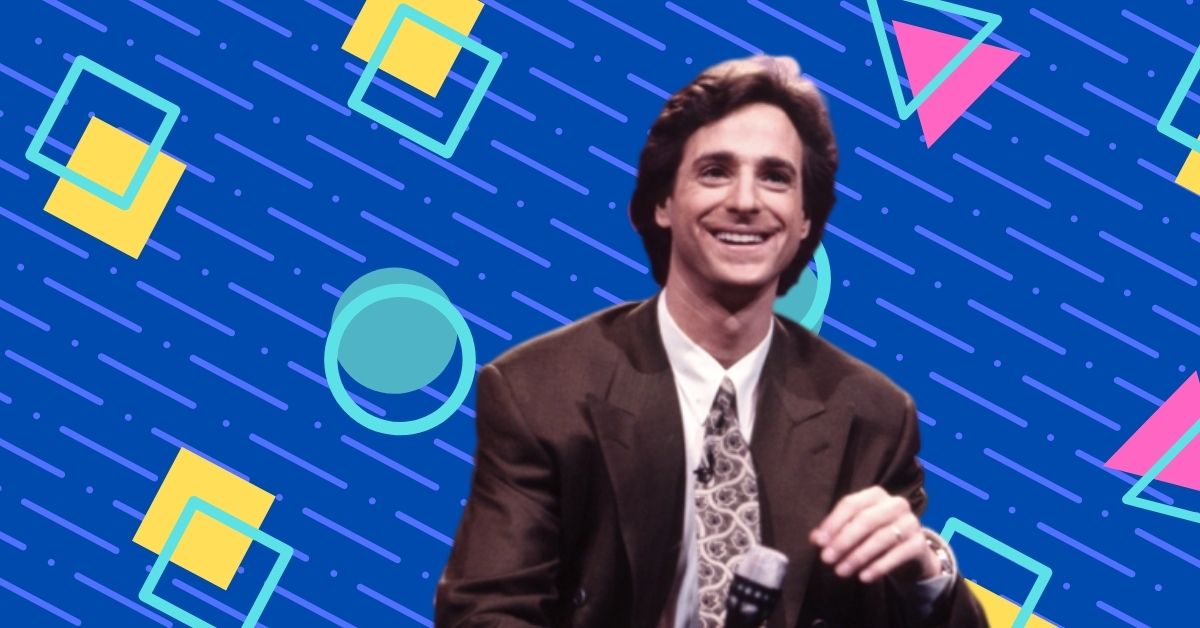 According to a statement from the Orange County Sheriff’s Office, there were no signs of foul play or drug use in this case. The cause of death will be determined by a medical examiner.

His family made a statement earlier this morning:

“We are devastated to confirm that our beloved Bob passed away today.

“He was everything to us and we want you to know how much he loved his fans, performing live and bringing people from all walks of life together with laughter.

“Though we ask for privacy at this time, we invite you to join us in remembering the love and laughter that Bob brought to the world.”

Born in Philadelphia, Bob Saget rose to fame after being fired from CBS’ The Morning Show.

“‘Full House’ was an accident. I got fired on CBS and was asked to be in ‘Full House.’”

While starring in Full House, Saget was also hosting America’s Funniest Home Videos, also known as the original YouTube. He steadily worked in television and movies throughout the decades. He was reintroduced to a new generation when he was cast in How I Met Your Mother as the narrator.

Many familiar with Saget’s stand-up took delight in sharing with those unfamiliar just how vulgar and raunchy Saget could be. It always took people by surprise how America’s nicest dad could say such saucy things.

Bob Saget had a very successful stand-up career and was on tour when he passed unexpectedly.

An Outpouring Of Love

His family, friends, and former costars have not been shy about their admiration for the comedian. The Olsen sisters said:

“Bob was the most loving, compassionate, and generous man. We are deeply saddened that he is no longer with us but know that he will continue to be by our side to guide us as gracefully as he always has. We are thinking of his daughters, wife, and family and are sending our condolences.”

“Bob Saget was as lovely a human as he was funny. And to my mind, he was hilarious. We were close friends and I could not have loved him more.”

His daughter posted on Instagram what may have been her final text from her father:

Fans have gathered outside of the famous Tanner home in San Francisco to pay their respects.

85
SHARES
ShareTweet
Related Topics:
Up Next 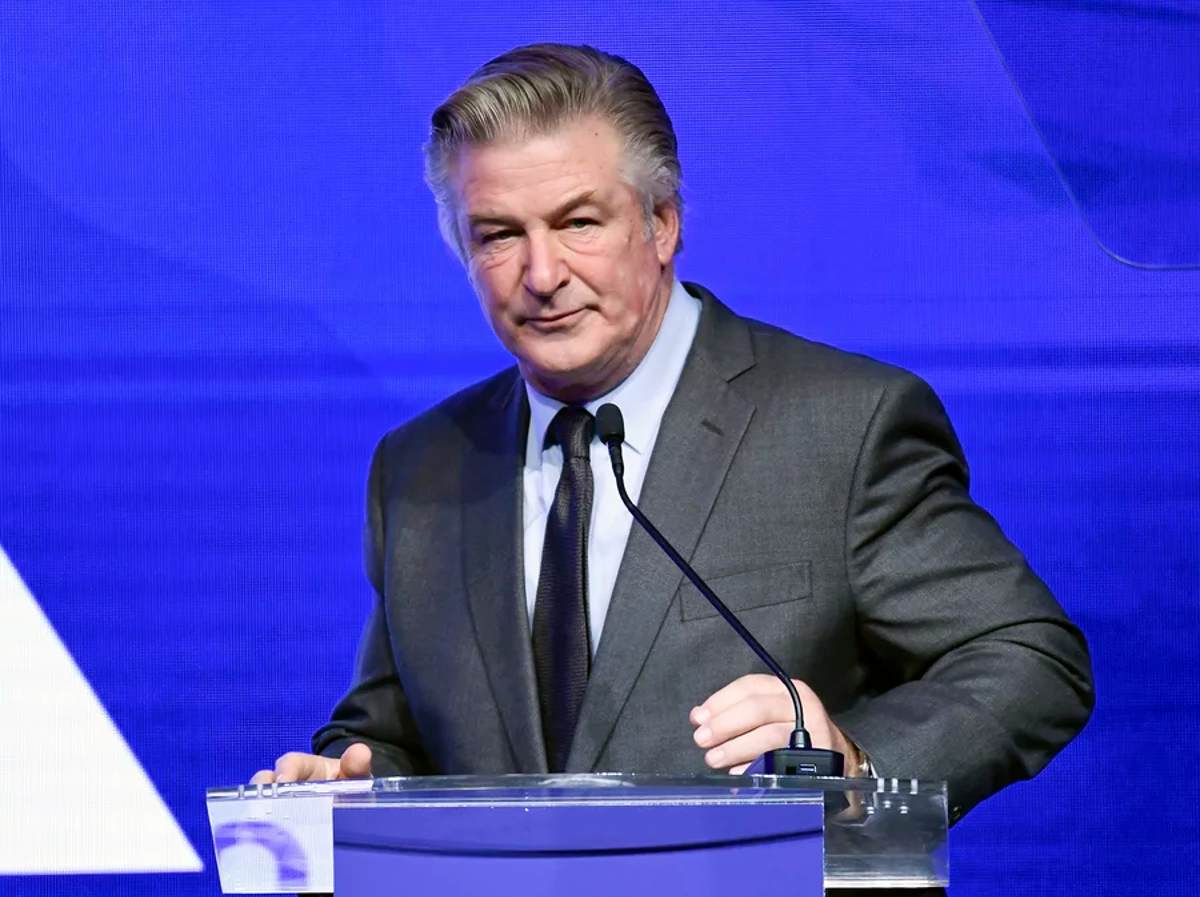 On October 21, a gun being used as a prop by actor Alec Baldwin went off on the filming site of the Western movie “Rust” in New Mexico. The unfortunate incident had killed the film’s cinematographer and injured the director.  A few months after the alleged Alec Baldwin Rust shooting, the authorities issued a search warrant for the actor’s cell phone. Officials believe that it could hold evidence that might be useful as they investigate the case.

Baldwin held a revolver in one of the films’ rehearsals when it fired. He had asserted that Halyna Hutchins, the cinematographer, herself asked him to point the gun off-cam and toward her armpit before firing it. Joel Souza, the director, was also hurt in the filming site at the Bonanza Creek Ranch.

Baldwin said that he pulled the hammer back at Hutchins cue and that it fired when he let go. Likewise, he said he wasn’t aware that the gun contained a live bullet.

Investigators have assumed “some complacency” in how weapons were used on the movie “Rust” set. They are preparing for charges. Plus, they have been working to identify the source of live rounds found at the filming site.

Based on the search warrant affidavit, detectives are looking for any text messages, photos, videos, calls, or other information related to the movie and the suspected Alec Baldwin Rust shooting incident.

Court documents show that Baldwin told investigators during an interview that there were email exchanges between himself and the film’s armorer Gutierrez Reed. In the emails, Reed showed him different styles of guns and that he had requested a bigger one. Baldwin ended up choosing a Colt revolver with a brown handle.

Moreover, a search of Hutchins’ phone revealed conversations about the production back in July and photos of receipts from businesses in Santa Fe.

Baldwin: “Someone is responsible” for the incident but “not me.”

In a separate interview with ABC News, Baldwin said he feels mind-boggling sadness and regret over the shooting, but not guilt.

“Someone is responsible for what has occurred, and I can’t say who that is, but it’s not me. Honestly, if I felt I was accountable, I might have killed myself. There is only one question to be resolved, and that’s where the live bullet came from.” – Alec Baldwin.

Baldwin explained that he would never point a gun at anyone and pull the trigger at them. He also confirmed that Hutchins directed him to point the weapon just off-camera.

The actor also shared that 45 minutes to an hour before he figured out that a live round had been loaded in the revolver. At first, he thought that Hutchins might have been hurt or had a heart attack.

Baldwin said he met with the Rust’s armorer Hanna Gutierrez Reed for a gun training session before the shoot. She appeared capable and responsible, so he assumed that she was fit for the job.

Gutierrez Reed has been in question regarding the case. However, her attorney said she did not put the round in the gun and believes she was a victim of sabotage. Meanwhile, investigators say they have found no evidence of such a claim. Baldwin recounted no manifestation that crew members were unsatisfied with safety conditions on the movie set.

Baldwin emphasized that the incident left him emotionally devastated in the same interview. When asked by an ABC reporter if his career is over, Baldwin responded, ‘it could be.’

Production of Rust was suspended indefinitely while the incident is being investigated.

For other news, read more here in Owner’s Mag! 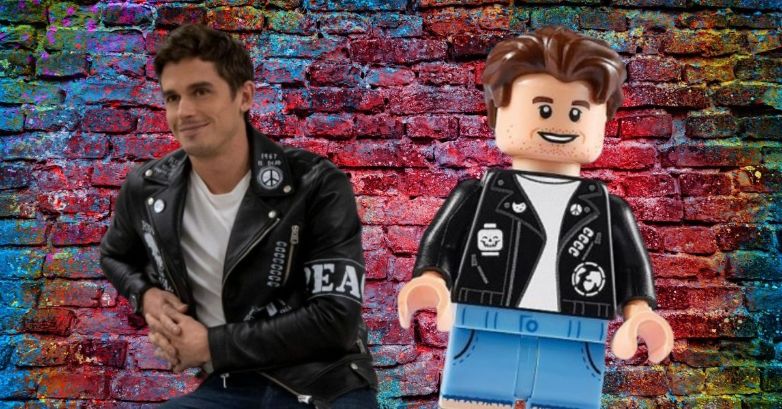 It’s true, New York-based fashion designer James Concannon has filed a lawsuit against LEGO. He claims the company made a “blatant copy” of a jacket he designed for Queer Eye cast member Antoni Porowski.

Concannon claims that LEGO didn’t ask for permission to use the “unique placement, coordination, and arrangement of the individual artistic elements.”

Well, Did LEGO Steal The Design?

About as much as they stole Star Wars or Harry Potter. The Queer Eye LEGO set is one of the more recent in a line of sets for adult collectors. There are also LEGO sets of Friends and Seinfeld.

No word on whether Jerry Seinfeld or Jennifer Aniston are suing the iconic Danish toy company.

Now, maybe LEGO had Disney’s permission to use those designs. In fact, I’m sure they had a deal worked out. Just like how Netflix, which produces Queer Eye probably has a deal with LEGO.

Concannon, being a super cool guy about all this, claims that the hit Netflix series had always asked permission to use his designs. That was not the case regarding the jacket in question. Concannon claims he gifted this brilliant and unique jacket to Antoni and never objected to its use on the show in the past.

It wasn’t until LEGO released the Queer Eye – The Fab 5 Loft that the designer changed his mind.

Is LEGO Going To Have To Pay?

According to Julie Zerbo, founder of The Fashion Law:

“Concannon’s jacket itself is not protectable. What’s protectable here – and what is at issue in this case – is the skull, the peace sign, the writing, and the placement of those elements on the jacket.

“In order to be able to really make a successful and viable case against LEGO, the court will have to find that these elements are, in fact, protectable by copyright, and that LEGO’s jacket replicates them in a way that is substantially similar.

“I don’t anticipate that this will be an easy case for James Concannon.”

But what do I know? 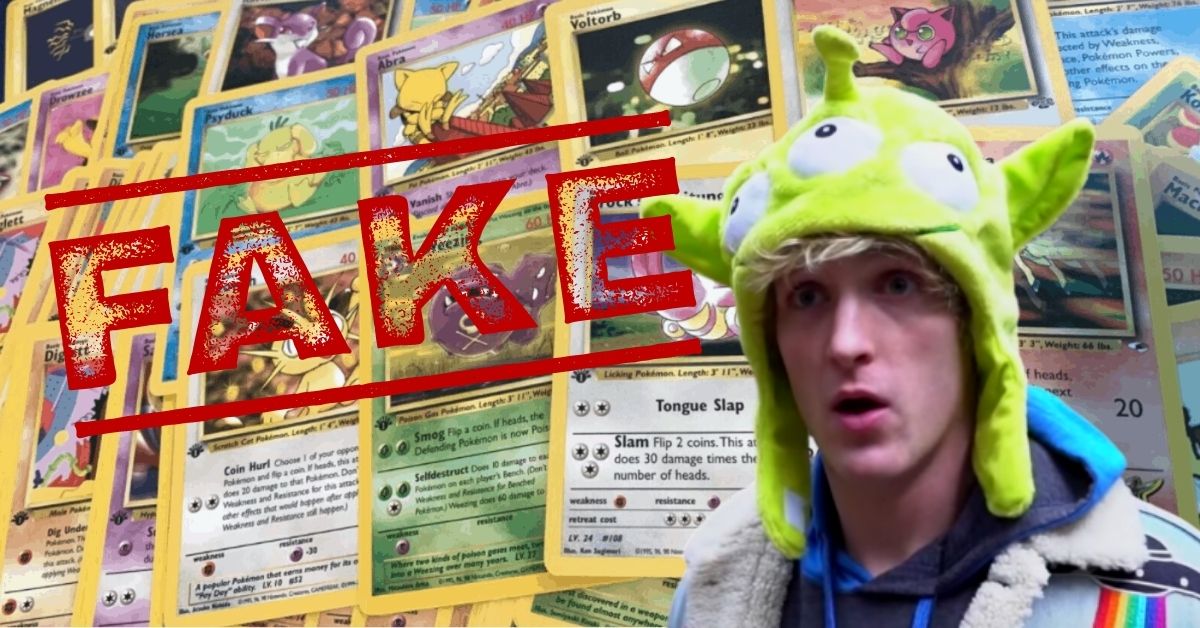 Logan Paul, YouTuber, fighter, and idiot, is a known Pokemon enthusiast. He wore his $150K Charizard around his neck at one of his fights, if you were unsure of his enthusiasm. He has spent millions on special collections. This very same Logan Paul bought fake Pokemon cards for $3.5 million dollars.

S#@! I Shouldn’t Have Thrown Out My Old Pokemon Cards!

No, you shouldn’t have. There is currently a Pokemon card rush hitting valuations in the thousands. That binder your parents told you to throw out could have been potentially worth millions.

How Did Logan Paul End Up With Fake Cards?

Paul has shared some of his Pokemon purchases on his YouTube channel. This set in particular had some people buzzing online that it was fake. In response to the speculation, Paul decided to fly to Chicago to see the Baseball Card Exchange (BBCE).

These are the card guys. The previous owner, card collector Matt Allen, claimed that this potentially fake set had been verified by the BBCE.

In a dramatic reveal, Paul, Allen, the BBCE, and onlookers opened the boxes in question to find that they weren’t Pokemon cards at all.

They were G.I. Joe collectible cards.

How exactly did the BBCE get “duped?” How did the most credible card valuation organization in the country confuse G.I. Joe for Pikachu? Do they even look at the cards they’re valuing?

In the video, Allen said that he never would have purchased the set if it wasn’t approved by the BBCE.

“I’m a super positive person, bro, and I’ll always be the one to look at the bright side. And I’m trying by this is very hard.”

Bro, you spent $3.5 million on G.I. Joe cards. Did you not look at them before you dropped millions? Are you making so much money that you can get “duped” for the views, bro?