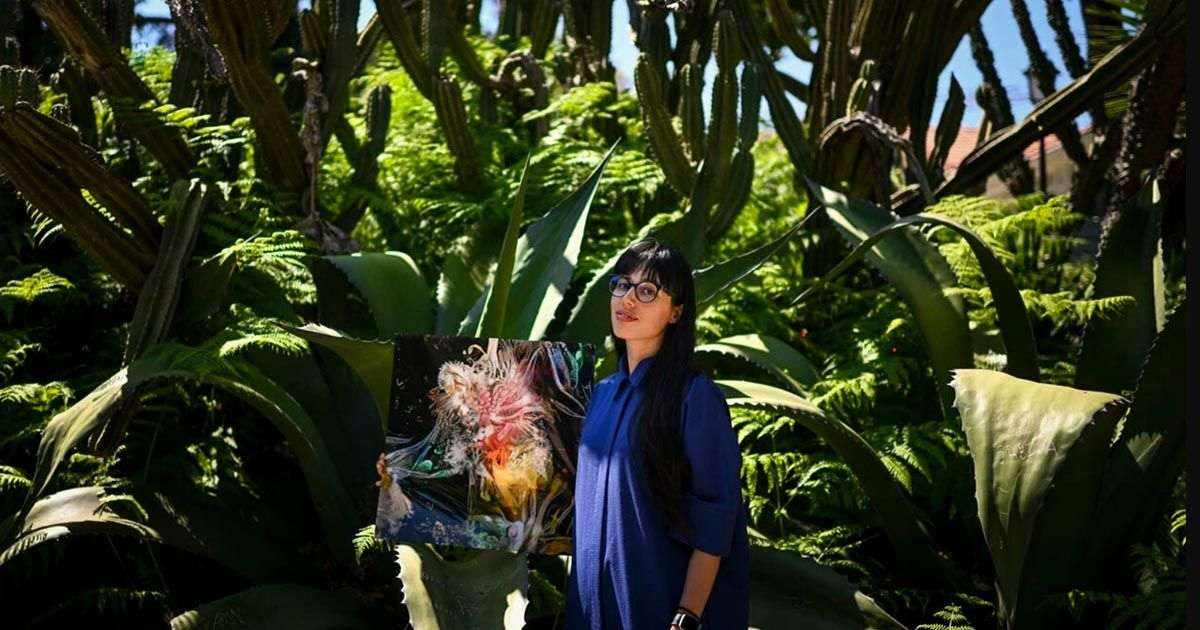 Sofia Crespo, an artist who hails from Argentina, created artworks with the help of artificial intelligence. She is part of the generative art movement. But, what is generative art? Generative art is a process where humans create computer rules and use algorithms to generate new forms, shapes, ideas, and patterns.

The new art discipline has started to attract huge interest among art collectors, even with more significant price tags at auctions.

What Is Generative Art as a Ballet Between Humans and Machines

But the budding is about to change. It is due to tech companies releasing AI tools that can create photo-realistic images in seconds.

Artists in Germany and the United States started computer-generated art during the 1960s. The London-based V&A keeps a collection of one of the critical works, a 1968 art by German artist Georg Nees dubbed “Plastik 1”. In that work, Nees used a random number generator to make a geometric design for his sculpture.

Today, digital artists use supercomputers and systems known as Generative Adversarial Networks (GANs) to create images more complex than anything Georg Nees could have imagined. GANs refer to sets competing for AI. One generates an image from the instructions given, while the other acts as a gatekeeper, judging whether the output is accurate.

If it finds errors, GANs send the image back for revisions, and the first AI resumes work for a second try to beat the gamekeeper.

However, some artists, including Crespo and Barrat, insist that the artist is still crucial to the process.

“When I’m working like this, I’m not creating an image. I’m creating a system that can create images,” Barrat said.

Crespo said she believed her AI machine would be a true “collaborator.” But in reality, getting even a single line of code to generate good results isn’t easy. Crespo considers as

Meanwhile, tech companies hope to introduce this idea to regular consumers. Google and Open AI are both looking at the features of new tools. They say it can potentially bring photorealism and creativity without coding skills.

They have replaced GANs with more user-friendly AI models called “transformers” that are adept at converting everyday speech into images.

Google Imagen’s webpage is filled with images created by instructions such as “A small cactus wearing a straw hat and neon sunglasses in the Sahara desert.”

Open AI boasts that its Dalle-2 tool can offer any scenario in any artistic style, from the Flemish masters to Andy Warhol.

Although the arrival of AI has led to fears of humans being replaced by machines in fields from customer care to journalism, artists see the developments more as an opportunity than a threat.

Crespo has tried out Dalle-2 and said it was a “new level in terms of image generation in general” — although she prefers GANs.

“I don’t usually need a model that works perfectly to generate my work, as I like it more when things look indeterminate and not easily recognisable,” Crespo said.

She announced that machines did not yet have the “critical and innovative capacity,” adding: “The ability to generate realistic images does not make one an artist.”

95
SHARES
ShareTweet
Related Topics:
Up Next

Gen Z is Banking on Entrepreneurship for an Early Retirement

The Best Telescopes of 2022 for the BEST Viewing Experience 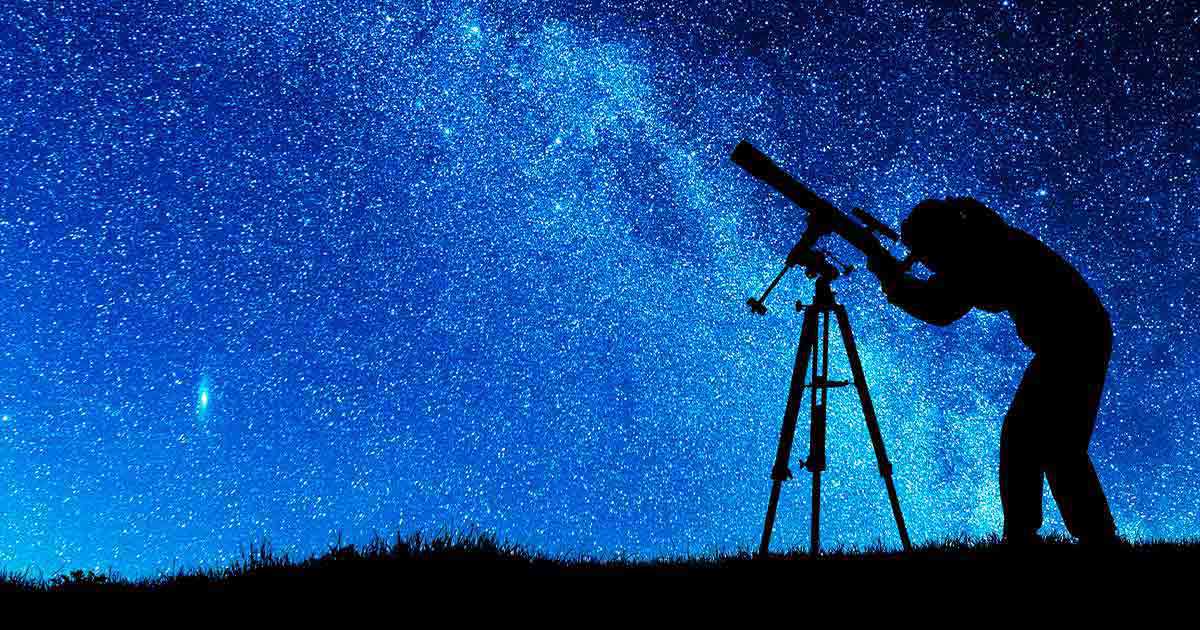 Astronomers and physicists get the best views of the stars and planets through giant telescopes like the James Webb Telescope or the Thirty Meter Telescope. But stargazers that want a glimpse of the stars and planets may not get access to those giant telescopes. However, that wouldn’t stop them from admiring celestial bodies with good ol’ regular telescopes, even in the comfort of their home. And if you’re curious about what to buy and where to buy one, here’s the list of the best telescopes of 2022.

If you’re new to stargazing and planet viewing, the Celestron AstroMaster 102AZ is one of the best telescopes in 2022. Many experts recommend this telescope for beginner and experienced stargazers. It’s easy to set up because of the tripod and user-friendly controls.

Sky-watcher is another popular name in the telescope biz. Astrophotographers can surely get a bang for their buck with this telescope because of the crisp images it produces. Even on the darkest nights, stargazers can definitely see planets and stars thanks to a coated corrector plate.

Although many stargazers swear by traditional telescopes, The Vaonis Stellina changed the game on its release. It’s an automatic telescope that takes photos of the sky for you. You can see beautiful views of deep-sky objects like galaxies and nebulae. Plus, you’ll even get a better glimpse of the moon.

Unlike most telescopes, the Stellina isn’t heavy. It’s so small and light you can pretty much bring it anywhere. However, it being an automatic telescope means you will have to pay a much higher price than its competitors. Still, it’s considered one of the best telescopes in 2022.

Buy it on Adorama here.

Here’s another Celestron that made this list. But what makes the Celestron Starsense Explore DX 130 AZ different from the AstroMaster AZ? You can connect the Starsense Explore to an app, and it tells you the locations of certain stars in space. Plus, you’ll know what stars and planets are in the sky, depending on where you’re pointing this telescope at.

The app is compatible with all iOS and Android devices.

If you want another beginner-friendly telescope, the Orion SpaceProbe II is one of your best options. It’s one of the most affordable telescopes, and kids and adults can use the SpaceProbe II to navigate the skies and watch stars and planets. You can even see a better view of the Moon, Saturn rings, and Jupiter’s moons!

And for other stories and news, read more here at Owner’s Mag! 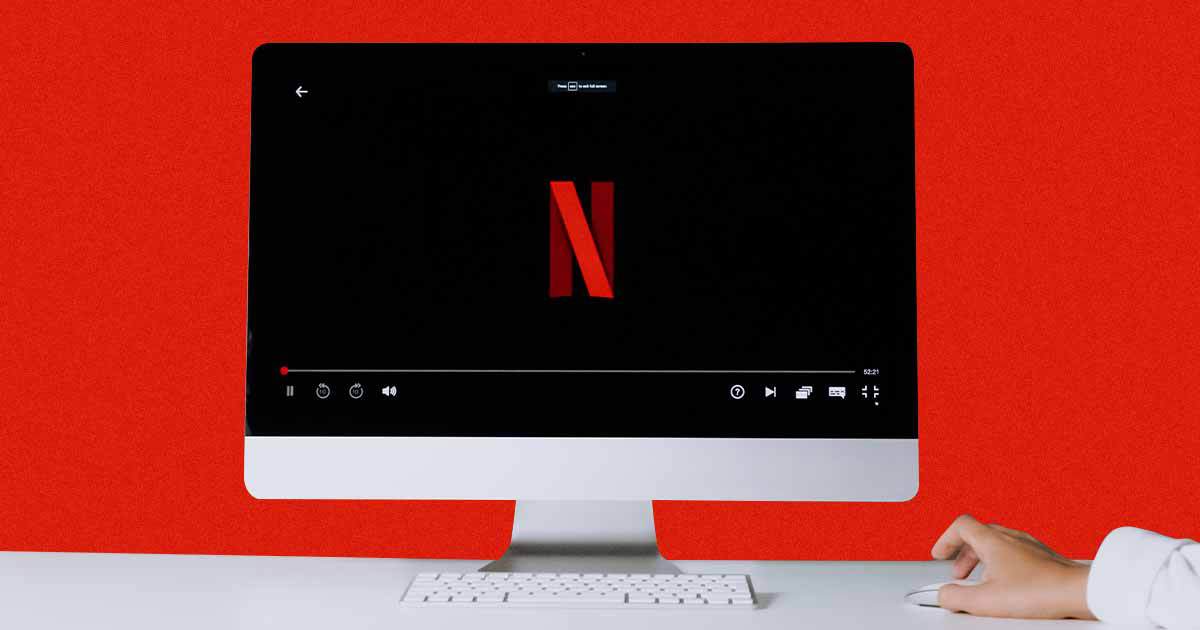 Netflix is one of today’s most influential companies. It has changed how we consume content and made us question what we want from our entertainment experiences. With its library of TV shows, movies, and documentaries available on demand across all media platforms, from mobile devices to TVs to computers, Netflix has become a go-to option for anyone wanting to watch their favorite shows on-demand.

With over 100 million subscribers, Netflix has become a household name in the entertainment world. However, Netflix has been experiencing some problems lately. The company has announced that its subscriber growth rate is slowing down and that they are losing subscribers more rapidly than it did in previous years. The culprit – Netflix account sharing.

Chengyi Long, Netflix’s Director of Product Innovation, announced in a press release in July that they’ve worked hard to build a streaming service over the past 15 years. And though it’s great that members love Netflix movies and TV shows they want to share more broadly, the widespread account sharing between households goes against their long-term ability to invest in and improve their service.

Netflix account sharing occurs when one person shares access to their Netflix subscription with multiple people—usually family members or friends. In this way, the person who pays for the Netflix service uses fewer accounts than they would if they paid for each account individually. It’s still an expensive subscription, but it doesn’t cost as much as multiple subscriptions would.

This is a major concern for Netflix because it allows people who do not pay for the service to watch movies and TV shows at no additional cost. If this Netflix account-sharing practice continues, the company is apprehensive about how it will affect the company’s growth rate because it means less money coming into their system. It also means fewer people are paying for subscriptions, which means less money is coming into general circulation.

The bottom line is that Netflix must ensure that its subscriptions are maintained, if not exceeded, to continue growing at their current rate.

The company has been trying to crack down on this practice of Netflix account sharing for the past months.

They already tested an “add extra member” feature in Chile, Costa Rica, and Peru in March of this year, allowing account holders on their Standard and Premium plans to have two additional subaccounts outside their household for an additional fee.

All plans include a single “home” account through which you can access Netflix on any of your preferred devices. When you want to share your account with someone not from the same household or physical location, you must add extra “home” accounts.

You’re probably wondering how Netflix will detect physical address variations. According to Netflix’s published FAQs, the company uses “information such as IP addresses, device IDs, and account activity from devices signed into the Netflix account”.

Aside from the “add extra member” and “add a home” features, which are only available in certain countries, the company has not stated whether or not they will implement a penalty for sharing Netflix account soon. Meanwhile, the type of member subscription defines the Netflix account sharing limit for most countries. 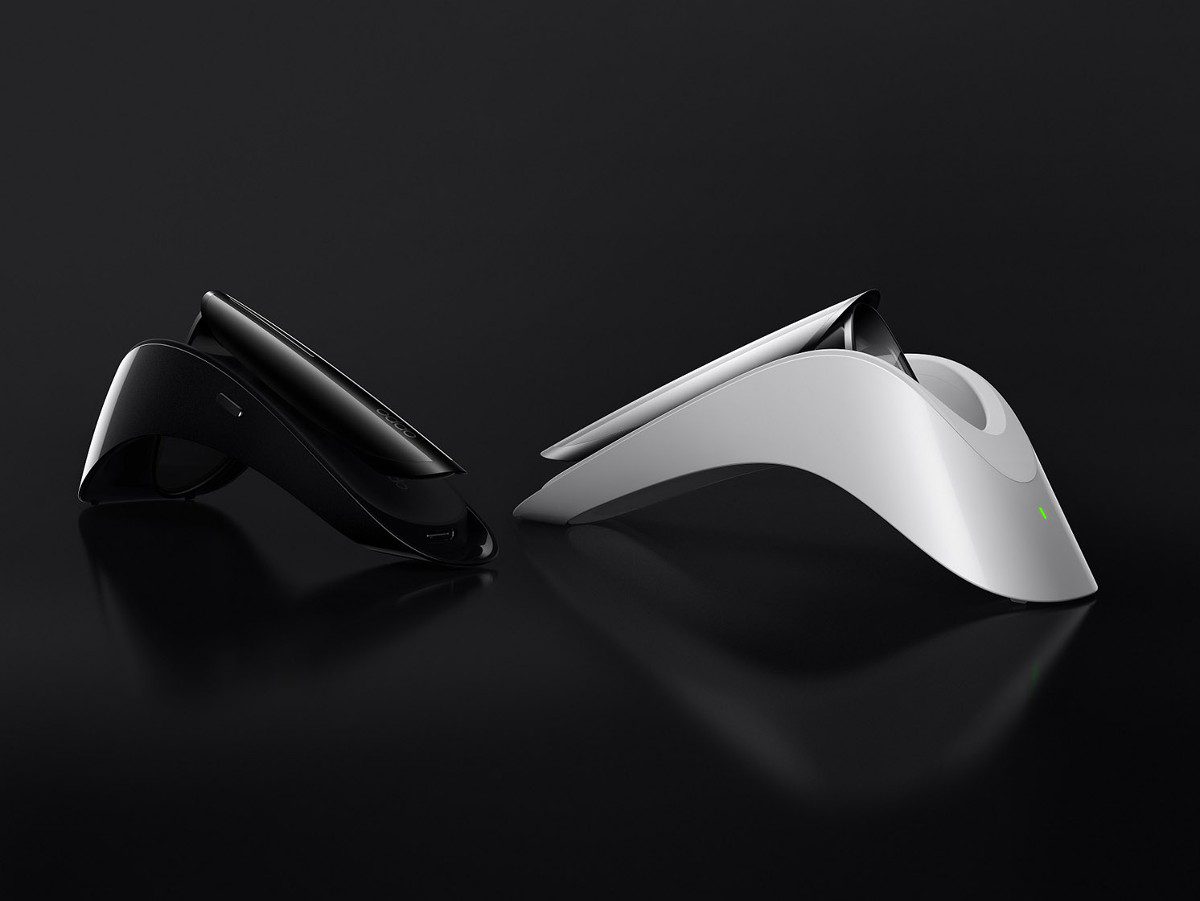 On March 3, 2022, Oppo launched the Air Glass, the company’s first Augmented Reality (AR) to pair with their smartphones. However, Oppo has no plans to launch the Air Glass outside China. And they sell it in limited quantities there, where the company is already planning on replacing it with a newer version. The price of an Oppo Air Glass is relatively steep at 4,999 yuan (approximately $745). Currently, it’s still more a demo than a product.

While many AR experiments focus on pushing purely technical capability, the Oppo Air Glass accepts some clear hardware limitations to play with an exciting form factor. Adi Robertson of The Verge tested a set of glasses and a matching smartphone. Robertson found a design idea so obvious and still needs more improvement.

Augment Reality is a spectrum, and the Air Glass is considered a “simple notification machine” aspect. It differs from those realistic holograms in products such as Microsoft HoloLens.

Below are some of the noticeable features of Oppo Air Glass:

When you pair the smart device over Bluetooth with a China-only Oppo smartphone, you’ll see a green heads-up display that covers a tiny but significant portion of your vision. But Robertson said she was amazed by the assumption behind Oppo’s design. It is because it’s a solid idea to offer lots of style options while mitigating the usual AR creepiness.

Nine years ago, Google Glass conducted a similar experiment. They invented the expensive camera and projection system and let them wear them at all times. But it looked awkward.

Other Specs and Features

Oppo’s AR interface relies on widget-like applications in the form of “cards,” which the wearer can manage from the paired smartphone application. It can be controlled using a touchpad on its side. Hand gestures are also supported, as is the peculiar feature of using the motion of the head to control it. Moreover, voice control is also incorporated.

Meanwhile, the Air Glass looks like an earbud for your eyes. Oppo Air Glass weighs only 30 grams, making it incredibly lightweight to wear. Users can wear it over their frames, but only two specific sizes exist.

It’s a product that takes people’s concerns about privacy and distraction seriously instead of trying to hide what they’re worried about inside a smaller package. It also helps that this version of Air Glass doesn’t have to include a camera. But Oppo says it doesn’t rule the option out for future versions.

“Unfortunately, after my first few hours with the glasses, I became slightly motion-sick and developed a headache within minutes of putting them on. The discomfort seemed to improve over time, but my eyes still feel strained after wearing them”, says Robertson.

The Best Telescopes of 2022 for the BEST Viewing Experience

10 Subscription Based Services Business Owners Need to Try in 2022

Thinking of Investing in An Early-Stage VC?

7 Effective Ways to Improve at Networking

How Diddy Turned a Nothing Vodka Into a Success

What’s an MLM? How Does it Work?