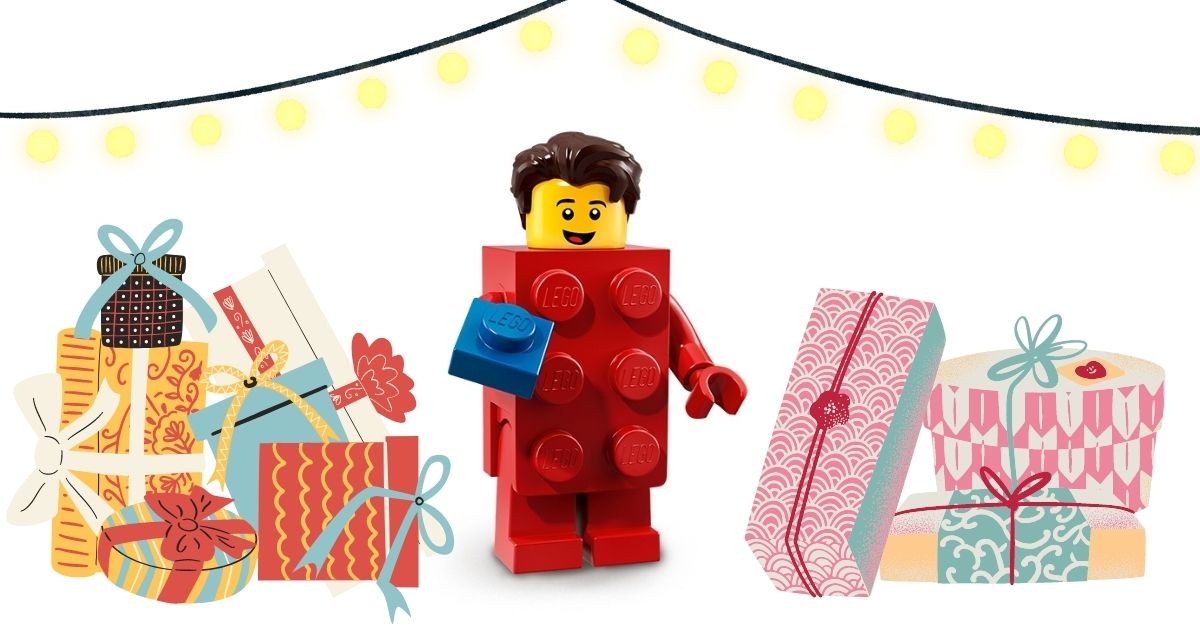 This holiday season, it’s important to never, ever let the child inside you die. That would be, like, totally lame. Anything we can do to foster that spark is worth the investment. Whether that’s with video games, board games, or epic Nerf battles, you need to encourage your youthful side to play. In my case, it’s LEGO.

Star Wars: The Mandalorian The Child

The Child, Baby Yoda, or Grogu. It doesn’t matter as long as you can build him. This LEGO set, featuring 1,073 pieces, allows you to move his adorable little ears, posing you how you see fit. It’s impossible not to smile at a little LEGO Grogu, amirite?

This 590-piece model of the iconic weapon from Avengers will have your enemies all over the known universe trembling that they may be reduced to dust. One snap, and the food crisis will suddenly become far more manageable.

Don’t smack your head on this. Nothing will come out. Well, money won’t. Instead, you can fold out microscale levels including Peach’s Castle, Bob-omb Battlefield, Cool, Cool Mountain, and Lethal Lava Trouble. Play for hours with 2,064 pieces or fold it up and leave it on display for your guests to go, “?”

What’s the deal with this 1,326-piece set? You can recreate classic Seinfeld moments, but in LEGO. Elaine’s goldfish, Kramer’s thirst-inducing pretzels, or sit around and yada yada yada about nothing. For fans of LEGO and Seinfeld alike, this set is definitely sponge-worthy.

Maybe you’re not as amused by a giant LEGO shoe as I am, but this set comes with real laces. 731 pieces make up this buildable version of the iconic sneaker. Since real shoes are best used on feet, it makes much more sense to put a LEGO shoe on display.

*excited beeps and whistles!* Recreate your favorite droid with this 2,314-piece set. This R2D2 is capable of head swiveling, periscope rising, and other gadgets and doodads so you can (kind of) pose him any way you choose.

Ship in a Bottle

For those of you who have always wanted to build a ship in a bottle but never wanted to dedicate that much time or patience, LEGO is offering you a consolation prize. This 962-piece rainy-weekend project is surely just as satisfying as the incredibly time-consuming nautical hobby counterpart.

If you like some hardcore goth-bro energy, then this LEGO batmobile set is for you. Boasting 2,049 pieces, the tumbler from the Nolan series is one of a kind. Featuring Batman and Joker minifigures, you can rule the night one brick at a time.

Titanic-enthusiasts rejoice! Here is the most unsinkable model, a model that God himself could not sink. At a price more affordable than a one-way first-class ticket, you will spend as many hours to build this thing as it took to construct the actual Titanic. Featuring detailed interiors, you can build the famous Grand Staircase, smoking lounge, swimming pool, and much more. Just keep an eye out for that LEGO iceberg, roight ahead!

Designed in collaboration with NASA, this Space Shuttle Discovery set coincides with the 40th anniversary of the very first shuttle flight. With 2,354 pieces, you can spend hours constructing this iconic piece of human aerospace history. There’s even a cute little Hubble Telescope you can build alongside.

Recreate the famous dark lord’s helmet and feel the power of the dark side. With 834 pieces, you can immerse yourself into the world of the Sith and feel what it’s like to rule the galaxy.

There are many, many more LEGO sets out there to choose from. But these are the sets we think are awesome. However, when it comes to LEGOs, everything is awesome.

135
SHARES
ShareTweet
Related Topics:
Up Next 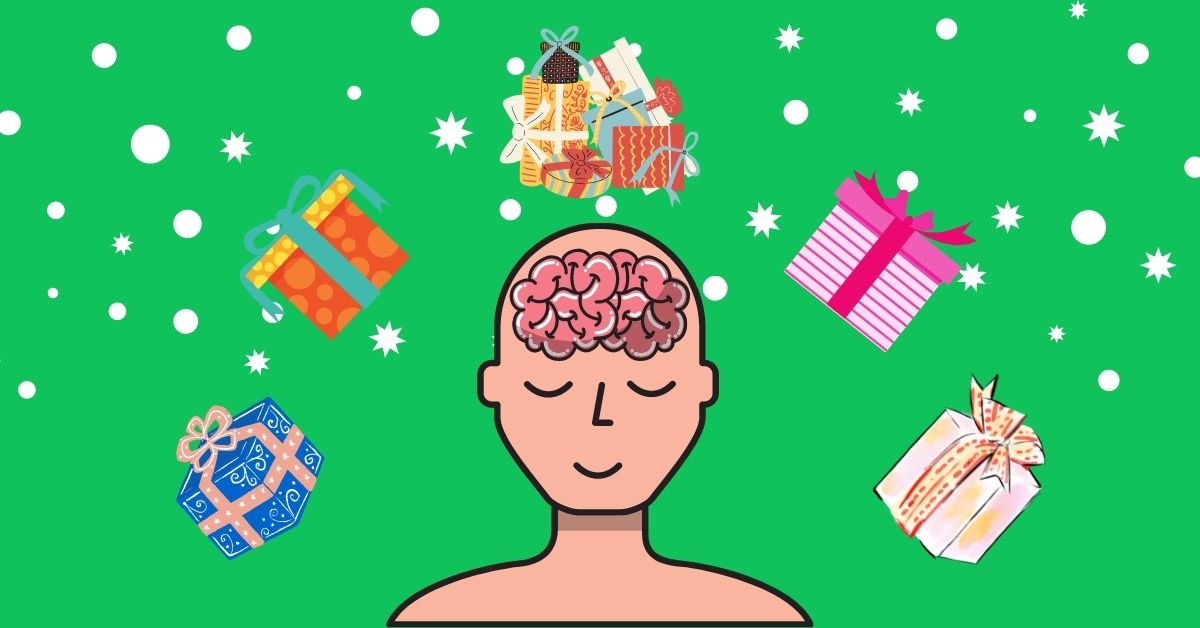 If you’re an asthmatic with anxiety, this product will seem familiar. CalmiGo is essentially an inhaler for panic attacks. With calming lights and a lavender scent, you can calm yourself in three minutes. That’s one whole song. Who can’t endure one song in order to calm yourself? Say goodbye to panicked breathing into a paper bag like a comedy movie from the 1980s. Say hello to CalmiGo.

What looks like a styled piece of jewelry is actually a breathing exerciser… I think. After some scrolling through and hunting for how this necklace is supposed to work, the site tells you that “most people don’t breathe properly.” (What is “proper” breathing? Sounds like it involves a corset, no?) Komuso’s Shift helps you breathe by placing what looks like a whistle into your mouth and … breathe. Shifts are available “for her” and “for him” (because, as we all know, breathing is gendered).

At best, you can use it as a thing to play with if you’re the kind of person who needs to fidget.

Is it a pillow? Is it a stuffed animal (or amoeba?) Am I going to be cuddling with it? You bet. The Somnox is a Sleeping Robot that helps regulate your breathing as you sleep. Anyone who battles insomnia (anyone with anxiety) will love this adorable little cuddle bug. Just look at it! I’m immediately relaxed for that perfectly snuggleable buddy.

There’s nothing like a great blanket in the dead of winter. Gravity Weighted Chunky Knit Blanket sounds warm already. I don’t even care to read more. Sold. It comes in the comfortable named colors olive, winter white, and grey (if you can’t find the comfort in “grey,” you’re not going to make it through winter, sorry).

The right lighting can make a big difference in terms of mental wellness. Don’t believe me? Then why do they have a dimmer setting? Hm? Riddle me that, smart guy. The Gradient Signe Floor and Table Lamp is a stylish lamp so minimal that you barely notice it’s there. This light seamlessly blends colors from one to the next. One look at it and I already feel soothed.

No, it’s not the bed of needles you’ll see in an Arabian marketplace. This Acupuncture Mat gently stimulates across the body so effectively that you can’t help but relax. Anyone with aches and pains will find immediate comfort in this bubble-wrap-looking mat.

Anyone who has ever had a migraine knows just how bad it can be. Some people have a routine for how to deal with them. This cute little device, Cefaly, has electrodes you stick to your head. This is a “consult your doctor” kind of device, but, hey, when you have a migraine, you’ll grab anything to prevent and/or treat it.

People who struggle with anxiety usually benefit from meditation. But anyone who has tried meditation is well aware of how difficult it can be to obtain that encompassing sense of silence. The Muse 2 is here to lend a helping hand that provides real time feedback on brain activity, heart rate, breathing, and body movement.

Hope you liked what we picked for our holiday gift guide for mental wellness. Check out our other Holiday Gift Guides for 2021!

Happy Holidays and Be Safe! 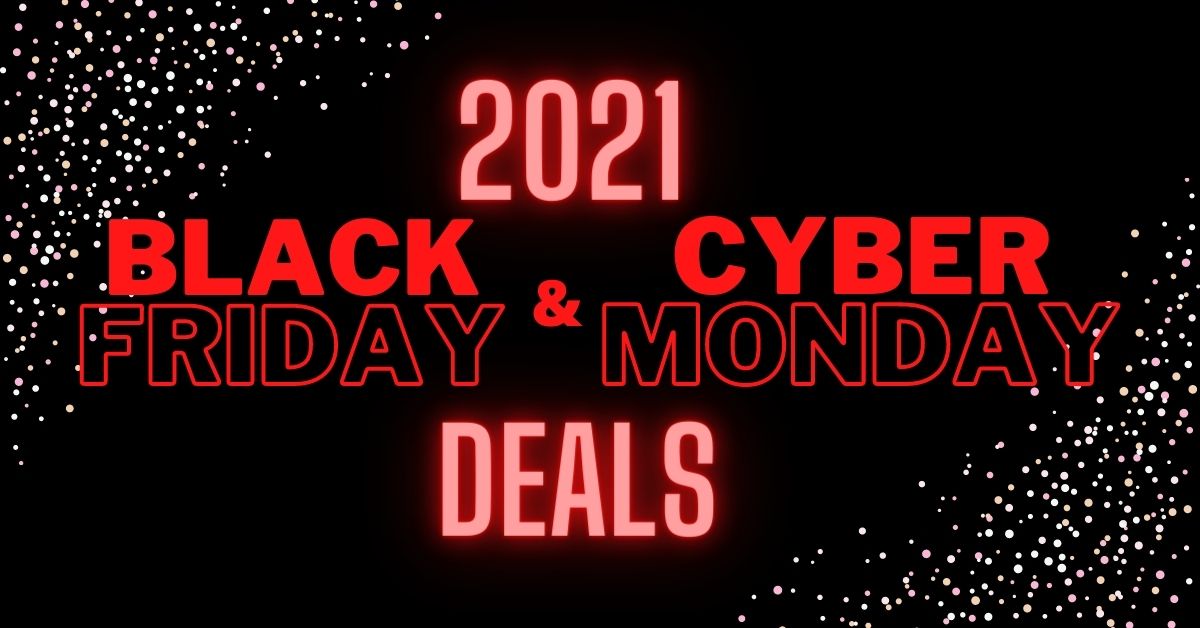 Black Friday/Cyber Monday are coming up! Do you know what that means? That’s right! Promo codes and discounts galore! We know that 2021 hasn’t been much better than 2020. We need all the help we can get. So, we put together a list of some of our favorite SaaS company’s Black Friday and Cyber Monday deals.

Happy Black Friday/Cyber Monday! Celebrate with some of the most generous discounts you’ll find online this holiday season. We know how hard these past few years have been, so all of these companies want to offer everyone a chance to enjoy a service they normally might not get a chance to experience.

Check out some of our other Holiday Gift Guides!

Happy Holidays and Be Safe this year! 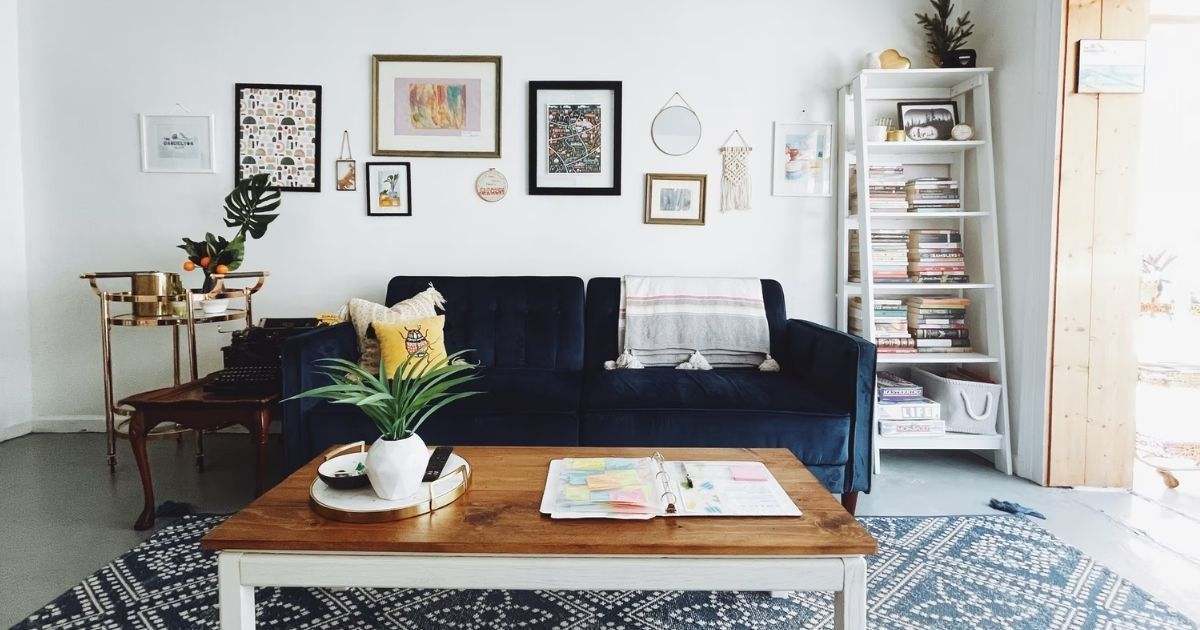 Airbnb co-founder and CEO Brian Chesky said “the world is rooting against” Big Tech in a new episode of Axios on HBO. In the episode, Chesky warned Big Tech of the risks in startup investment culture. He also discussed Airbnb’s new discrimination rules and a possible vacation spike as workers use their paid time off.

Axios on HBO is a documentary news program that airs every two weeks. It features big names in business, tech and finance, government, and other fields.

Big Tech vs. the World

Chesky thinks Big Tech faces a lot of risks at the moment. “The world is rooting against them because they don’t think they have society’s interest in their favor,” Chesky remarked.

He recalled that when he came to Silicon Valley, there was less skepticism about the whole industry. This, according to him, can be deemed as helpful. After all, living in a world that’s completely skeptical can be hard to offer new ideas. All the more it will be harder to offer ideas that the audience will embrace.

However, he said that a world without skepticism could also lead to big downsides. “I think that the lesson is that…we have to be a little more skeptical of things, probably a bit earlier.”

Allen asked about his take on all the big investment money given to WeWork’s Adam Neumann. To which, Chesky offered interesting thoughts.

Chesky said that a fear of looking stupid is the reason why investors are duped by startup companies. He also thinks that there’s a perpetual culture where people “completely swing for the fences.” This, according to him, is due to people’s fear of missing out.

Discrimination, Diversity on the Platform

Chesky also talked about new community guidelines to make Airbnb a safer space for its hosts and guests.

In 2016, the firm came under fire because of reported discrimination against Black hosts and renters, something the venture still struggles with today.

For a while, #AirbnbWhileBlack trended on Twitter. In addition, other forums discussing the issue accused the company of allowing racism on its platform. To counter this, the venture launched Community Commitment in the same year.

The policy required hosts and guests to pledge to treat Airbnb users “without judgment or bias,” regardless of race, ethnicity, age, religion, national origin, age, and gender orientation.

Chesky reveals that 1.3 million users did not commit to the pledge. “And we kicked them all off site.”

Growth and Losses Amid Pandemic

In other news, Chesky expects positive growth for the company. “We’re going to be entering… a new golden age of travel, where suddenly people…have a record accrual of PTO (paid-time-off) and they’ve been landlocked,” he shares.

During the interview, Chesky also revealed interesting poll results from a survey Airbnb did on five big markets, the US, Mexico, the UK, France, and Australia.

The poll, answered by 7,500 consumer respondents, revealed that 64 percent of people were interested in living away from their companies. They opt to travel to the company occasionally instead.

Just like the rest of the hospitality field, Airbnb’s revenue fell in 2020 when lockdown rules were issued by countries, and the past year’s growth was mostly flat because of unsure conditions.

However, Airbnb stock value is likely to improve post-pandemic. After all, it seems that recreational demand is improving in many areas. Also, projections see sales increase thanks to remote work, travels to rural areas, and vacation spikes.

How Can 3D Printed Nano Ink Change The Game?

How To Be A Creator On TikTok – with Lil Cully

Wendy’s Might Be In A Ghost Kitchen Near You Soon