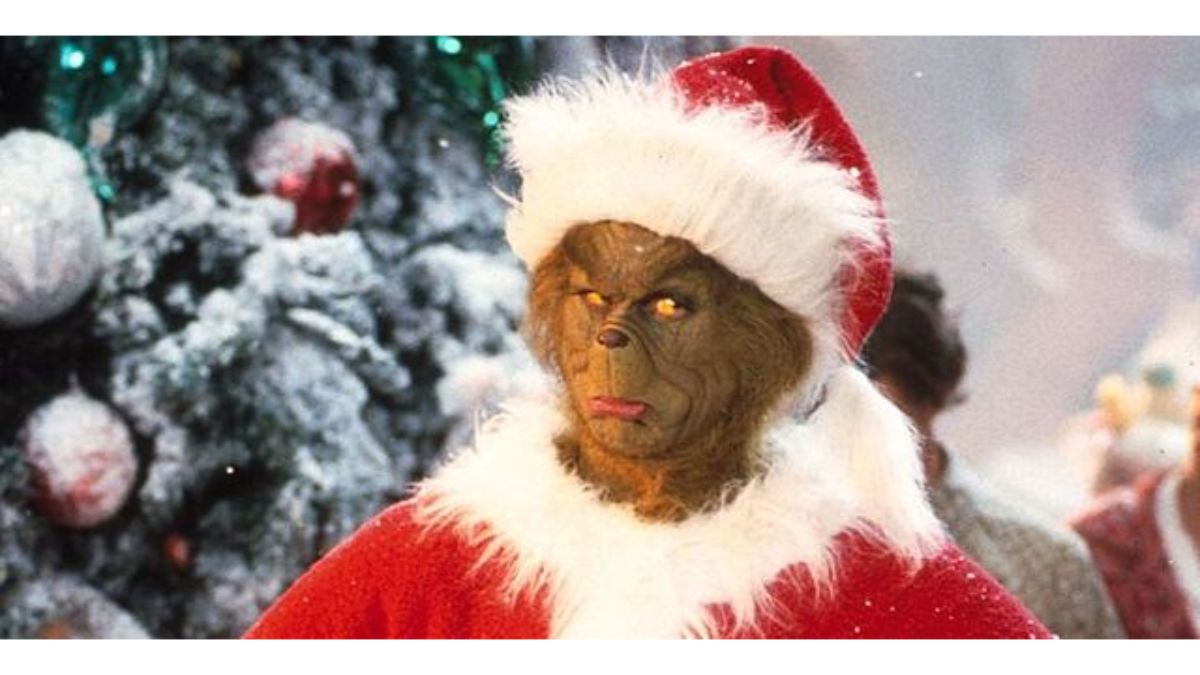 We live in a day and age where every good idea is worth recycling over and over again. Did you like Spider-Man? Great, here are three different versions? How about Ghostbusters? Try them with women? Despite the endless supply of creative writers out there (ahem), Hollywood loves to go back to the same old well to produce stories we’ve all seen before. And it’s no wonder why. We love them. Some are awful. Others are outstanding. Hollywood will keep trying until they get it right… and then try some more. Holiday movies are no exception. Let’s stack up these original Christmas movies with their remakes and see what comes out on top.

There are a few movies that are an absolute staple around Christmas time. A Christmas Story, National Lampoon’s Christmas Vacation, It’s a Wonderful Life – just to name a few. And of course, The Grinch. But which Grinch does your household watch? For years, there was only one choice: the classic, animated How the Grinch Stole Christmas!, released in 1966. Then in 2000, Jim Carrey put on the green in the live-action version. Which did you watch? Let’s see how they measure up.

Animations were based on Dr. Seuss’ drawings

“You nauseate me, Mr. Grinch!” Recognize that voice? That’s Thurl Ravenscroft, the voice of Tony, the Tiger

How the Grinch Stole Christmas (2000)

Jim Carrey goes full cartoon in his portrayal of the Grinch

We get to see the Grinch as a little kid. Cool or terrifying? You decide.

Another Literary classic about a grump ruining Christmas, Charles Dickens’ A Christmas Carol is a timeless story about the importance of kindness and generosity. This story has been told and retold so many times in so many forms, it might be impossible to compare them all. Instead, let’s compare two of the fan favorites.

Muppet hecklers, Waldorf and Statler are funny and spooky as Jacob and Robert Marley

Some of the greatest Christmas movies grapple with the relationship of Christmas wonder and the real world. The Santa Clause, starring Tim Allen is about a cynical divorcee forced into the role of the magical Santa. Jon Favreau’s Elf, starring Will Ferrell is about an Elf from the North Pole coming to New York to meet his real father. This injection of Holiday magic into everyday life is what we all hope for this time of year and no story does it better than A Miracle on 34th Street. But which version to watch?

They sprung for reindeer

What’s Played in Your House

It simply is not the Holiday season until we build a fire, bake some cookies, and watch some of these classic movies. Every household has its own list of Christmas movie essentials. What kind of house are you in? Parents, have your kids not seen the original Grinch? Kids, do your parents make you watch that old black and white movie? Whatever you watch, these movies will be sure to add to your holiday cheer.

45
SHARES
ShareTweet
Related Topics:
Up Next

Streaming Wars: What Platforms are the Best 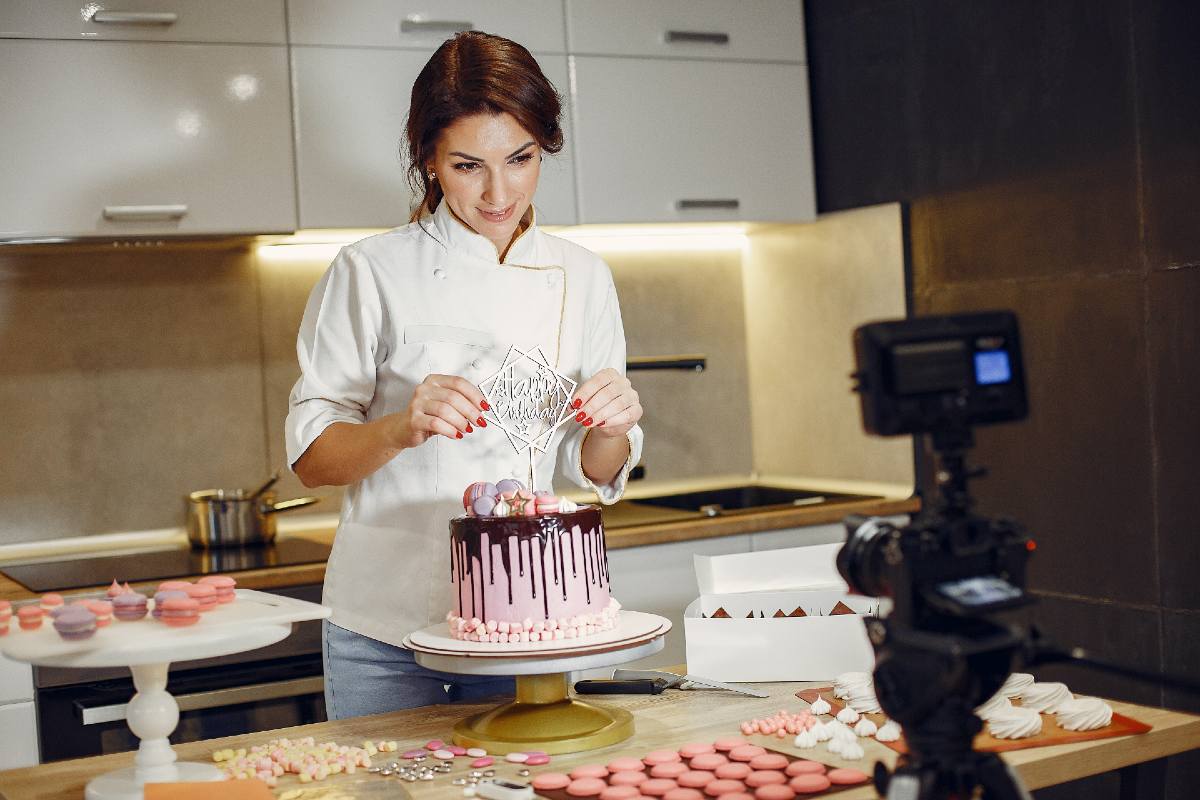 TikTok is not only the home for viral dances but also recipes! So if you’re not on TikTok but still want to learn some easy-to-cook recipes, then you’re on the right page. Here’s a list of most-watched TikTok recipes that look good enough to eat.

This “man meal” dish Ali Grace Morsell cooked for her husband has garnered more than 6.1M views on TikTok recipes. This dish is served as an after gym meal for Ali’s husband hence the name. It’s a recipe that can be prepped and cooked for less than an hour.

This home-made mochi with chocolate filling by My Asian Mum-in-Law reached over 11.2M views on TikTok. If this is your first time encountering the word “mochi,” it’s a rice cake made with glutinous rice. However, some of you might know mochi as ice cream. In Japan, this sticky rice treat has various variations that match the country’s seasonal specialties.

If you’re looking for a fun and quick treat to make, this 5-minute mini pizza recipe is perfect for you.

This baked mac and cheese by Mariam are one of the best mac and cheese dishes for thanksgiving. It’s a creamy and savory dish that’s well-deserving of more than 14.3 M views. Besides, this is one of the most trending dishes on the TikTok recipes’ feed.

If you’re a fan of a cheesy grilled sandwich and Disneyland, then you should try lifewithmarq’s TikTok. This recipe generated more than 6.6M views on the platform. So if you don’t mind eating more than 120 calories in one dish, give this recipe a go. As a fan of all cheese dishes, I’ll give this one a try.

If you’re a fan of seafood and all things spicy, this recipe by Kwokspots is worth the try! This hot recipe earned more than 6.4M.

If you’re feeling a bit extra today and cook something new, potato gnocchi is a great dish to try. This heartwarming recipe featuring the TikTok user’s mom received more than 9.5M views.

Last but not least, on our TikTok recipes lists, create your version of Reese’s cup at home from Italian Foodaholics. This recipe by the TikTok user received more than 6.3M views on TikTok. With only three recipes, you can make your chocolatey dessert.

For other lifestyle-related articles, read more here at Owner’s Mag!

3D Printed House: The Future of Architecture and Construction

As our technologies evolve, 3D printing technology has advanced over the past few decades. Thanks to this, designers created many models, products, and prototypes at a fast pace. Alright, you’ve probably heard all the latest 3D printing creations. Now, we’re on another milestone as 3D printed houses are on the rise to “mainstream.”

The Future of Construction

On average, the overall process of building a house takes at least 6.5 to 9 months. However, 3Strands and ICON collaborated on a home building project that will shake the world of construction. Let’s see if this is a good or bad thing for the construction industry.

3Strands is a creative real estate developer that aims to build “better” homes to improve people’s lifestyle. On the other hand, ICON develops advanced technologies for construction. Now, putting these two together created a miracle for the construction industry.

This 3D printing project commenced because of the following problems:

If you have any experience buying a pre-selling condo or house and lot, the downside involves the construction length. But what if 3Strands and ICON managed to create a dozen homes with at least 5 to 7 days length of construction time. However, in this case, let’s use the term “printing time.”

By the time the whole world catches up with this type of construction, it will benefit our environment. 3D printed houses lead to less:

On the other hand, this convenient construction method will harm skilled workers such as but not limited to the following:

If ever the world adapted to this new construction technology, there will be a massive workforce cutback. On the downside of advanced technology, a lot of workers will lose their livelihood.

As the first-ever 3D printed house for sale in America, each house costs $400,000 each. These 3D houses are now for sale in Austin, Texas. In the Austin series, four homes are currently on the market listings. Each house has 1,000 to 2,000 square feet of lot space in total.

The design of the 3D printed houses has a clean futuristic look. On the other hand, the designer’s use of textures and colors holds a satisfying balance to the eyes. It’s a modern house that’s worth the price.

The first floor of the houses for sale is 3D printed using ICON’s advanced materials and technology. It’s designed to be:

In the end, this 3D-printed house is the future of construction and architecture. This project is an excellent achievement for the 3D printing industry, from creating miniature models to livable dwellings. Again, this is a fantastic milestone for our ever-evolving technology. Let’s take this as another step closer to a more sustainable and environment-friendly future.

For other cool products or creations, check out other articles here at Owner’s Mag!

Best Apps for the Zen Master 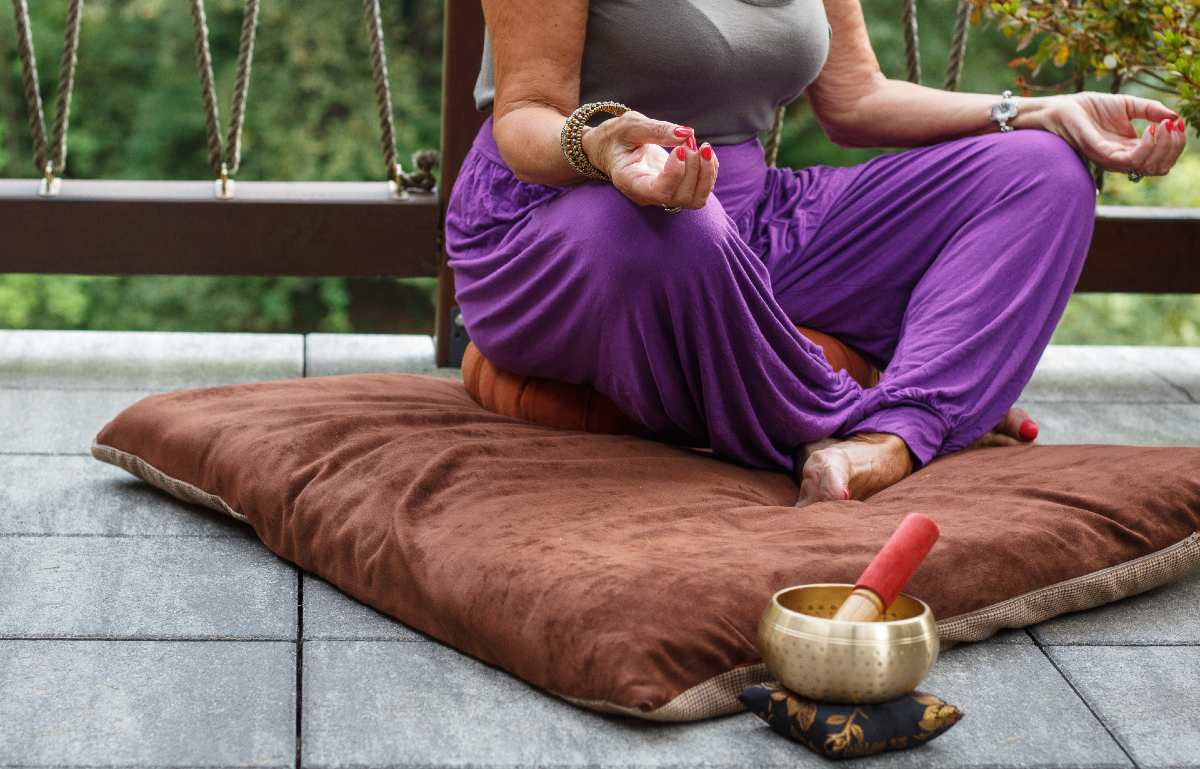 Are you a zen master who’s on a venture in finding the best calming applications to use? Look no further, you’re on the right article. Here’s a list of apps that help people meditate, sleep, and relax.

MyLife Meditation is one of the best apps of 2019 chosen for a healthy lifestyle. It’s a meditation and mindfulness application catered to your emotions. Furthermore, based on your emotions, the app suggests short guided meditations by experts.

Calm is an award-winning app on both Google Play and Apple Store. What’s more, the platform is coined as “the world’s happiest” app. Aside from the adult zen master, it also has content targeted for kids in their “Calm Kids” section.

The Mindfulness App offers a 5-day guided introduction to mindfulness that helps beginners get started. Besides that, it provides 3-30 minutes timed guided or silent meditations suited for someone who works on a tight schedule.

buddhify offers 200+ meditation sessions. It teaches the users how to reduce anxiety and stress, promote sleep and help manage difficult emotions. Not to mention, the sessions buddhify provide ranges from 3-40 minutes. Moreover, according to promotions, it’s considered the only meditation app that’s designed to fit into an individual’s busy lifestyle.

Headspace is a meditation app that’s visually appealing with its cheerful animations and easy to navigate. The application offers a 10-day basics course for beginners. It’s designed to educate the user about the essentials of meditation in a matter of days.

Sattva is an app with a guided meditation that draws from Vedic principles. To explain briefly, Vedic principles are ways considered to lead a peaceful life filled with happiness and prosperity. It’s a suggested way of life taught by wise Rishis. Aside from that, the app also includes mantras delivered by Sanskrit scholars.

On a Final Note

Thanks to our ever-evolving technology and awareness of mindfulness, there are many apps available for the zen master. However, even if such apps are made for the mind and relaxation, it’s not a direct medical cure for mental instability. Consulting professionals and seeking comfort from friends are still the best remedies.

My Honest Review of the Juiced HyperScorpion eBike

Twitter Shop Button: Keeping up With the eCommerce Boom

Half a million dollar Playstation 5

My Honest Review of the Juiced HyperScorpion eBike

John Trogner Brews Beer with his Brother and You Don’t

Many Pixels and Flocksy Square Off